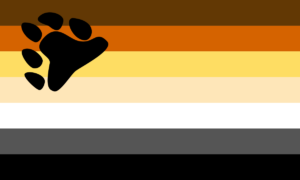 All of these things are the siren song of the geek.

Before I came out, I spent time on the internet perusing the different communities and was very happy when I discovered Bears. Here was a group that originated in the IT sector before it was even a big thing. They were of the same body type as me and seemed to have a large amount of members that enjoyed geeky things like I did.

The more reading I did, the more the idea of Bear Brotherhood kept cropping up. this was the idea that this community was open and accepting of all those that called it home. This community would provide a place that provide a welcome to those who did not fit what, at the time, was the standard of gay male beauty.  Everyone wants to feel accepted and that they have a place where they fit in. This is an important concept with incredible power.

The idea of Bear Brotherhood makes sense. It paints the bear community as empathic and accepting and is used as a means of bringing people together. Having a community that, on the face of it, is accepting of all members and provides a safe place for people to come together and find acceptance is admirable. When this happens, we bears will experience a connection with other bears that is enriching both on an emotional and physical level.

This concept is made manifest in the bear community both online and in events such as Bear Runs, Bear Dinners, Movie Bear groups, and any of the myriad bear gatherings that exist across the face of the planet. Each is designed to reach out to members of the Bear community based on a range of commonalities. They exist to encourage and enhance Bear Brotherhood.

It is in this expression that the power of Bear Brotherhood is experienced in it’s myriad forms. The things that people either forget or gloss over is that the expression of an ideal is always mitigated by the group dynamic as well as the desires of the more powerful personalities present. You organize a get together where the objective is for bears to come together around a central theme and feel comfortable. If the majority of the people who show up are there to find someone to hook up with, the idea of Bear Brotherhood is an elusive beast to capture.

Notice, I did not say absent.

If you are an outgoing or popular bear, you will be able to find this type of connection even at events where the group dynamic is about hooking up. It is the shy and less popular bears that will have a much harder time in this environment. They have came to meet new people and feel accepted. Where they came expecting to feel welcome and accepted, they end up facing the same feeling they would get if they went to a bar. They will attempt to make conversation and the frustration and fear will build as the absence of community is quickly felt.

This idea of community is also utilized in a manipulative fashion. The aforementioned hijacked event for the purpose of hooking up is just one. If you’ve attended a bear event that has a charitable aspect to it, then you’ve seen the manipulative aspect in full force. These events tend to have cute volunteers whose job it is to go around and sell raffle tickets or some other means of generating revenue for said charity. There are those that are straight forward and tell you they are collecting for charity. There are also those who leverage that sense of community and create that feeling of belonging in order to get the money flowing.  I am not saying this is wrong as it is a standard sales tactic. It is just problematic as those shy bears whom have shown up to feel like they are part of something will come into this interaction with a very different perspective and are at the minimum going to feel let down when they realize their perceptions and reality do not mesh.

I know that I am coming across a bit harsh on the idea of Bear Brotherhood and community. I am pointing out the flaws and leaving off that feeling of that one does get when that connection happens. I am a firm believer in the ideal of Bear Brotherhood. It is important that we make all bears feel welcome and like they belong. We live in a world where we aren’t accepted and there are those that constantly strive to not only marginalize us but to even destroy us. That we have a strong, supportive community is something that does matter. I think that is why it is important to take a look at the community that we participate in and have created with a critical eye. By doing this, we can create a better place for us.

It doesn’t take much effort to take a good community and make it great. If you look at yourself and those around you and ask a simple question, “What am I missing?” Then you take that step back and you might notice that person sitting at the edge of the group that has felt the vibe not being conducive to just having conversation. You might notice that person treading water at the deep end of the pool at a bear run and wander over and ask, ” How is your run going so far?” It is a platitude, but small steps are needed to complete any long journey.

So do me a favor bears. Keep believing in the idea of Bear Brotherhood. But, always take the time to step back and look at the community or event you are at. Look at it critically and see where it might be failing someone. When you see this flaw, step and do something about it. If we don’t create and support a community that lifts up all of us, who will?